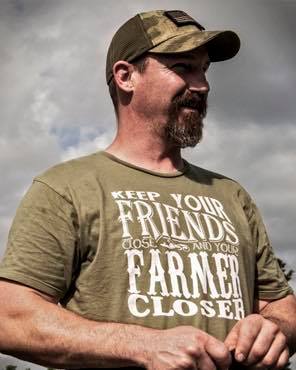 Stephen Smith, SSG US ARMY
Co-Founder and Advisory Board Member
Steve joined the ARMY in 1998 and served in the infantry in the 1st of the 9th Calvary at Fort Hood Texas. Upon exiting the military he pursued a degree in business management from El Centro Community College. However was recalled for a short time through the Individual Ready Reserve for 1-½ years of military service in support of OIF 05-06. During that time he performed base security and QRF operations while attached to the Wisconsin Nat’l Guard in Kuwait.

Upon receiving an honorable discharge from the military for the second time, he purchased a construction company and pursued a career in green building technologies at Cedar Valley Community College. He later started an urban farming operation in Dallas called Eat The Yard in 2012.

Stephen also helped start the Veterans non-profit organization called FA.R.M. (Farmers Assisting Returning Military). In addition, he is helping establish a food access and urban agriculture plan for Dallas, by sitting on a board of advisors that are helping rewrite the city code and zoning regulations on urban agriculture in order to allow for better access to fresh fruits and vegetables, and to promote urban agriculture as a viable business model and necessary tool in feeding an urban population. 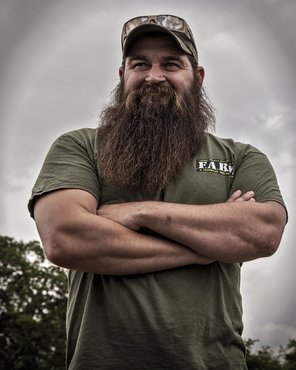 James Jeffers, SFC US ARMY
Co-Founder and Advisory Board Member
James is a combat veteran who served 9 years in the Army as an infantryman. He joined the ranks in 2000 and was stationed at Ft Hood, Texas where he served two tours in Iraq in support of Operation Iraqi Freedom. In 2004-2005 he served as a team leader and again in 2006-2008 as a squad leader.  During his 04-05 tour he was injured after being struck with shrapnel from grenades for which he received a Purple Heart. During the same tour, James and his platoon would experience several more attacks, impacting his life forever.

During his 06-08 tours, James and his company suffered the loss of 8 of his Brothers to combat. His company lost 15 out of 16 Bradley Fighting Vehicles, 3 of 6 Tanks, and 4 of 8 HumVees to roadside bombs.

While navigating through the treacherous Alshweada province in Iraq, James sustained multiple injuries to include Traumatic Brain Injury (TBI). All the injuries lead to an early medical retirement in 2009, where he then moved to Dallas to attend a green building coarse at Cedar Valley College. While attending school he started gardening, and instantly fell in love with it. Learning all he could about sustainable farming and urban agriculture he started scaling up and selling to local restaurants and grocery stores, taking their vegetable waste, making compost to grow more vegetables, and then selling produce back to them.

During this time soldiers and veterans from his old unit where falling to suicide and other tragedies at an alarming rate. After hearing about the 22 veterans a day committing suicide, he decided something had to be done.  Together with some solid senior leadership from his old unit, he started Farmers Assisting Returning Military (F.A.R.M.) - A Veterans Organization. Realizing how important farming was and how therapeutic it was for him, coupled with regular recreation, and being surrounded by other veterans, he wanted to pay it forward to all of those who served.